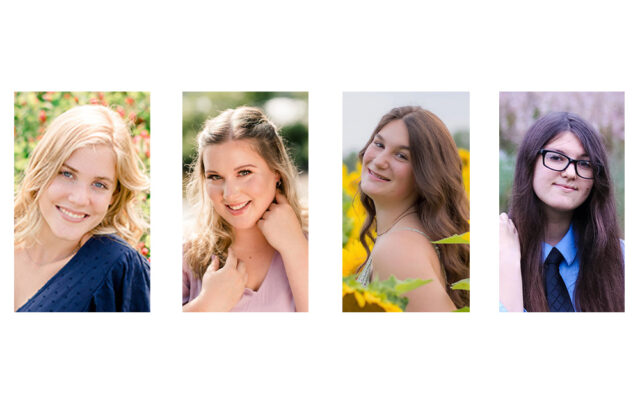 Contributed • June 9, 2022
Central Aroostook Junior Senior High School of Mars Hill has announced the honor parts for the Class of 2022. The valedictorian is Olivia Blackstone and the salutatorian is Mayan Pratt. The first honor essayist is Madison Howlett and the second honor essayist is Liberty Fulton.

MARS HILL, Maine — Central Aroostook Junior Senior High School of Mars Hill has announced the honor parts for the Class of 2022. The valedictorian is Olivia Blackstone and the salutatorian is Mayan Pratt. The first honor essayist is Madison Howlett and the second honor essayist is Liberty Fulton.

Blackstone is the daughter of Spring Kearney of Presque Isle and Rob Blackstone of Mars Hill. Olivia has held membership in the National Honor Society, serving as vice president, and the student council serving as president. She has also served on the yearbook committee.

She has played varsity soccer throughout high school, earning her varsity letter, and was chosen as team captain.

Next year Blackstone will attend the University of Maine at Presque Isle to study pre-med biology.

Pratt is the daughter of Cameron and Stacey Price of Mars Hill. Mayan has been chosen twice as Student of the Month at CAHS. She earned academic awards in Spanish and in Presque Isle Tech Center business.

She has been an honor roll student throughout high school. She has participated in math team, esports and has worked at the local IGA.

Pratt plans to enroll in an online program through Husson University in the fall.

Howlett is the daughter of Paul and Charity Howlett of Mars Hill. She served as both the vice president and president of the Class of 2022 while in high school.

She earned academic awards in earth science, history, biology, chemistry and English. She was inducted into the National Honor Society last year and serves at the chapter president this year. She also earned an honor cord by making the honor roll each quarter of high school.

She has been part of the varsity soccer team and cheerleading team.

Pratt will attend the University of Maine to study communications.

Fulton is the daughter of Eric and Billie Jo Fulton of Mars Hill. She is a member of the CAHS National Honor Society and the student council.

She has participated in varsity soccer, basketball and softball.

She has earned an honor cord by making the honor roll each quarter of high school as well as an academic achievement award in Spanish. She also served on the yearbook committee.

June is generally a month that also marks the height of “kitten season,” when large litters of kittens are born and often end up in animal shelters.   Luckily, here at the Central Aroostook Humane Society, we have seen a dramatic drop in the cat population over the past five years, mostly due to our spay and neuter program.
What's Happening This Week END_OF_DOCUMENT_TOKEN_TO_BE_REPLACED