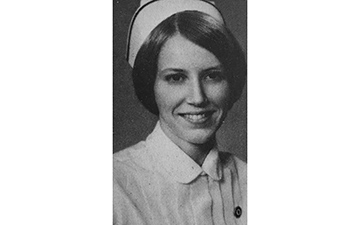 Contributed • June 16, 2022
115 Years Ago - June 19, 1907 Building destroyed by lightning – Lightning destroyed a building in Island Falls last week known as the Bliss House and owned by the proprietor of the Exchange.

Building destroyed by lightning – Lightning destroyed a building in Island Falls last week known as the Bliss House and owned by the proprietor of the Exchange.

Fire damages forge plant – Valiant work by the Houlton Fire Department undoubtedly saved a group of buildings adjacent to the forge plant of the Aspinwall Watson Company here early Sunday morning when flames caused damage company officials said may reach $10,000. Four lines of hose poured tons of water into nearby wooden buildings to keep the flames from spreading and the fire was brought under control in less than two hours.

Buys heavy wrecker – John Cassidy, whose garage and service station is on the Bangor Road, took delivery this week of a 20-ton Holmes wrecker attached to a Studebaker truck. This equipment is said to be capable of moving any vehicle that is used on the highway today and is the only one of its size north of Portland.

Scholarships announced at Last Chapel –  A total of $10,155 in scholarships and prizes was awarded to members of the senior class of Houlton High School during Last Chapel exercises Thursday afternoon at the high school auditorium. Of this amount, $8,655 was given through the Dollars for Scholars program. Additional scholarships to be awarded to seniors of Hodgdon High School will boost the contributions from Dollars for Scholars to about $11,000 this year.

Monticello blaze – One potato house was completely destroyed and another one damaged in an early morning fire Saturday in Monticello. The blaze of undetermined origin was reported at 5:45 a.m. and fire units responded to the alarm from Houlton, Bridgewater and Mars Hill. The Merrill Miller property was completely destroyed, losing several hundred barrels of potatoes and loading equipment. A second building owned by Charles Upton, adjoining the Miller structure, was extensively damaged with approximately 5,100 barrels of potatoes lost.

Lodge leaders honored – Houlton’s Monument Lodge has had several exceptional leaders over the years — so many that in 1991, then-leader Torry A. Sylvester thought past leaders should be acknowledged in some way. The gold-plated collar and past master’s jewel was chosen to be awarded at every meeting to the senior past master in attendance. Ninety-two-year-old W. Bro. Millard Fairly Sr., who was the lodge’s Master in 1942, is the most honored to wear the jewel, having recently been presented it for the 23rd time. Receiving the award 22 times is W. Bro. Wilder Carr, who is 93 years old and served as Master in 1933.

Military notes – Army National Guard Pvt. Jason M. Roy has arrived at Fort Sill in Lawton, Oklahoma, to begin One Station Unit Training (OSUT). The training includes completion of basic military training and advanced individual training (AIT). Roy is the son of Candy A. Malone of Cheyenne, Wyoming, and Walfy Roy Jr. of Houlton, and is a 1995 graduate of Houlton High School.

After almost three long years of having all of our fundraisers “on hold” because of COVID-19, the board of directors of the Central Aroostook Humane Society is happy to announce that our very popular “Toast to the Animals” is back on our schedule.
What's Happening This Week END_OF_DOCUMENT_TOKEN_TO_BE_REPLACED