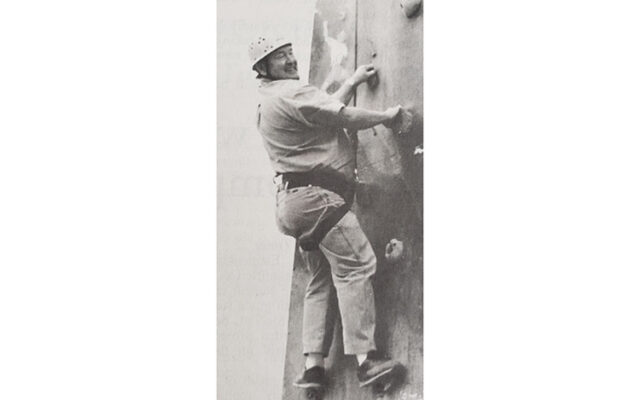 Contributed • June 22, 2022
115 Years Ago - June 26, 1907 Thunderstorm causes fire – During a severe thunderstorm at 5 o’clock Monday afternoon the farm buildings of Gordon Neal of Greenville Junction, New Brunswick, were struck by lightning and totally destroyed by fire, entailing a loss of $6,000, with an insurance of $1,600.  There was no one at home at the time, and very little was saved.

Thunderstorm causes fire – During a severe thunderstorm at 5 o’clock Monday afternoon the farm buildings of Gordon Neal of Greenville Junction, New Brunswick, were struck by lightning and totally destroyed by fire, entailing a loss of $6,000, with an insurance of $1,600.  There was no one at home at the time, and very little was saved.

Receives honors For Houlton B. & P.W. Club – Miss Freda M. Grant, president of the Houlton Business and Professional Women’sClub, returned recently from Naples where she attended the annual convention of the Maine Federation. Miss Grant was a member of the nominating committee for this year and was appointed secretary of the 1947-48 nominating committee. At the banquet Saturday, State Federation President Marv C. Ahern presented Miss Grant with the gong for the Houlton club, having increased its membership 100 percent for the year. This is the first time the Houlton club has received this honor.

Dr. Gagnon named medical examiner –  Dr. Bernard H. Gagnon was nominated to the position of medical examiner for Aroostook County by Gov. Horace Hildreth Monday to fill the position left vacant by the death of Dr. Frank H. Jackson. The nomination will be acted upon at the next meeting of the Executive Council. Dr. Gagnon began his practice in Houlton in 1939, coming here from Patten. He enlisted in the medical corps of the U.S. Army soon after the outbreak of the war and served on active duty for 42 months. He resumed active practice here Immediately after his discharge.

Four are named to UMFK list –  Four students from the area have been named to the dean’s list of the University of Maine at Fort Kent for the spring semester. Attaining a point average of 3.0 or better were Donald Adams and Ann Morse of Patten, Anna Gadbois of Sherman Mills, and Randall Cullins of Sherman Station.

Oakfield readies for 100th – Oakfield is a small town with a population of about 885. This quaint, sleepy little town is about to celebrate! It’s 100 years old this year and the citizens of the town want the world to know they’re proud to be a part of its centennial history.

June is generally a month that also marks the height of “kitten season,” when large litters of kittens are born and often end up in animal shelters.   Luckily, here at the Central Aroostook Humane Society, we have seen a dramatic drop in the cat population over the past five years, mostly due to our spay and neuter program.
What's Happening This Week END_OF_DOCUMENT_TOKEN_TO_BE_REPLACED