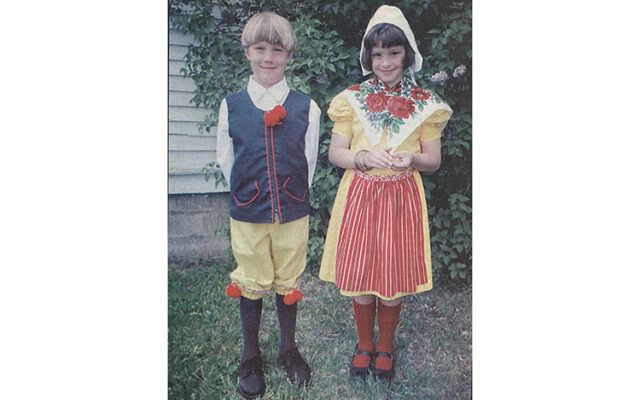 Contributed • June 30, 2022
115 Years Ago - June 27, 1907 New home being built -- S.C. Page is building a new house on Page Ave. This home will be for rent and it is understood there are a dozen or so applicants already showing the great demand for houses in Caribou.

New home being built — S.C. Page is building a new house on Page Ave. This home will be for rent and it is understood there are a dozen or so applicants already showing the great demand for houses in Caribou.

New owner — Fred J. Dionne of Presque Isle has purchased the Boston Shoe Store of W.R. Pattee, taking possession Monday.  Mr. Dionne, who is well known in Caribou having clerked in this store a year or two ago, is a young man of considerable ability and undoubtedly will receive a liberal patronage by the public.

Improvements being made — The Caribou Grange store has been making some decided improvements in the interior of its store. A portion of the dining room has been used so as to make more room for an immense refrigerator; the meat cutting room has been moved back and screened in. On the whole the arrangement is much better.

Limestone missionary sails for South Africa — Marguerite Watson, daughter of Mr. and Mrs. George L. Watson of Limestone, sailed from New York Friday on the S.S. Cape St. David for South Africa. Miss Watson will do missionary work in Southern Rhodesia under the Apostolic Faith Mission of Johannesburg. She was born in Caribou and educated in the Limestone and Caribou schools. She is a member of the Caribou Pentecostal Church, under whose sponsorship she is going.

A new business in town — A new business has been established in Caribou called Web Impressions. The company is dedicated to web page design, creation and hosting, according to David E. Bell. Web Impressions will use the latest in web page technology, including CGI scripting, JAVA and JAVAScript. Customers will be offered a wide range of service options, including a larger package which offers registered domain and up to 25 MB of storage space. For most businesses, Bell stated that the medium site package will feature up to 2 MB of storage space with 15 to 20 photographs and hosted under the The Maine Link.

Lyman gets broadcast award — Dave Lyman of Caribou, general manager of Four Seasons Communications Inc., has been named the winner of the Lifetime Achievement Award of the International Broadcasters Idea Bank at the organization’s annual convention in Kansas City, MO. Lyman was recognized for his 45-year involvement in the training and development of broadcast personnel in the United States, Canada, Australia and New Zealand. He has frequently been called upon as a speaker or seminar leader by the National Association of Broadcasters, the Radio Advertising Bureau, and scores of other industry groups. Four Seasons operates Q 96.1 and Hot Country 97 in Presque Isle.

Forbidden foods for our four-legged friends are many and can be very dangerous if ingested. Sometimes, we give our pets leftovers or what we consider treats. According to many sources, some human foods can make an animal very sick, and in certain cases can even be lethal.
What's Happening This Week END_OF_DOCUMENT_TOKEN_TO_BE_REPLACED