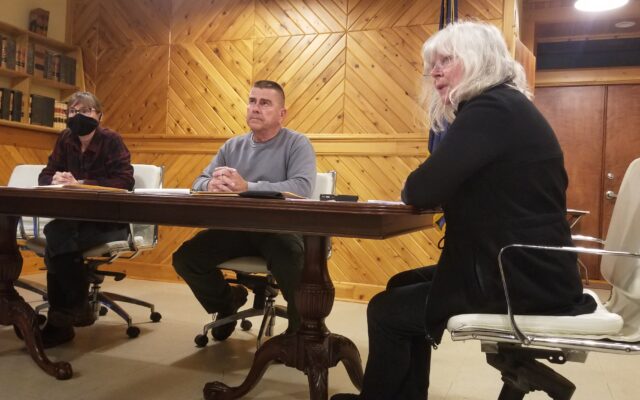 Ludlow board takes next step in school withdrawal process

Joseph Cyr • September 22, 2022
The community of Ludlow has taken its first official steps into exploring its withdrawal from SAD 70.

LUDLOW, Maine — The community of Ludlow has taken the next step into exploring its withdrawal from SAD 70.

A four-member committee was established Wednesday evening to start gathering information on the potential withdrawal during a regular monthly meeting of the town’s Board of Selectmen.

“The town has voted to start the withdrawal process, and from my understanding, it is a process that the town has been through twice,” said Daniel Hiebert, chairman of the board.

The committee will now start gathering information, such as what are the potential costs or cost savings to the town of Ludlow by withdrawing. Multiple town meetings will be held over the coming months, including some with the SAD 70 school board and potentially with RSU 29 should the town decide to officially join that school district.

From a geographical standpoint, some residents have contended that it makes more sense to have their children attend classes in Houlton. Ludlow is roughly three miles from Houlton, but students travel through the town to get to the SAD 70 schools nine miles away in Hodgdon.

“We will respect the process that the town of Ludlow has decided to take,” SAD 70 Superintendent Tyler Putnam said. “It is my belief that Ludlow students will continue to earn a high quality education in our district. Ludlow students have called Mill Pond School and Hodgdon Middle/High School home for a very long time and it is my hope that they continue to be a part of our school community.”

Putnam added he encourages any parents of Ludlow students to voice their support of the district to their select board, school board representative and town manager.

“It isn’t a secret that public education has been very difficult these past few years and it is imperative that we all work together now to ensure our students have a bright future,” he said.

As of Sept. 21, there are 55 students enrolled from Ludlow enrolled in classes at SAD 70 for grades PreK-12. There are 21 “Superintendent Agreements” for Ludlow students to attend classes in Houlton.

On June 14, Ludlow residents voted 28 in favor and 24 opposed to begin the withdrawal process and agreed to spend up to $3,500 toward it, according to Ludlow Town Manager Diane Hines.

The notion of leaving SAD 70 is not a new concept for Ludlow.

Ludlow residents first considered pulling out of SAD 70 in 2012 following two citizen’s petition initiatives. The town originally petitioned the state to withdraw from SAD 70 in the spring of 2012. Following a public hearing and town vote, residents gave the go-ahead to start the withdrawal process with a March 29, 2012, referendum.

State authorities nullified that vote in May of that year when they learned the citizens’ petition had not acquired the proper number of signatures needed to send it to a vote in the first place.

Petitioners later gained the proper number of signatures and residents voted in November 2012 to remain in SAD 70 by nearly a two-to-one margin. Voter turnout was extremely high at the polls for that election with 79 percent of the registered voters participating. In that vote, 150 residents opposed the withdrawal plan, while 79 were in favor of it.

The town tried again in 2017, but after months of meetings, voters opted to remain with SAD 70 with a tie vote of 98 in favor of withdrawing and 98 opposed. A two-thirds majority is needed to withdraw.

Gubernatorial candidate John Glowa said that he wants to spur government reform that truly creates a system of, by and for the people when he visited Presque Isle City Hall.
Pets END_OF_DOCUMENT_TOKEN_TO_BE_REPLACED

The kittens just don’t stop! Yesterday, we took in a mom and four babies. One of those babies was injured. It is really hard to understand the amount of kittens coming through our front door.
What's Happening This Week END_OF_DOCUMENT_TOKEN_TO_BE_REPLACED