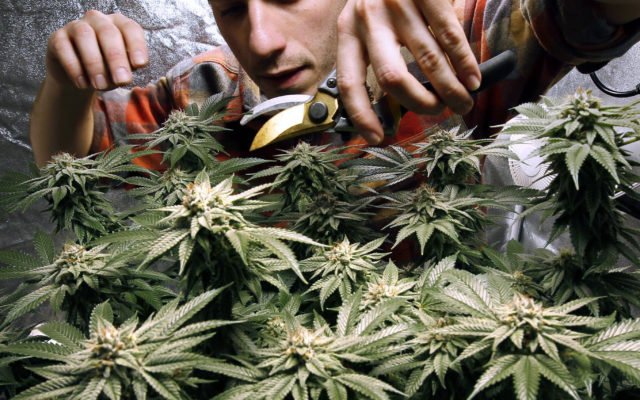 David Marino Jr. • January 18, 2020
It would allow Maine residents to receive licenses to cultivate marijuana for commercial recreational use, and to sell it in “pot shops” within the city.

PRESQUE ISLE, Maine — The Presque Isle City Council and planning board will hold a public hearing at 6 p.m. on Thursday, Jan. 23, on a new marijuana ordinance that would permit the cultivation and sale of recreational pot within the city.

The ordinance, approved by the planning board on Dec. 19 and awaiting approval from the Presque Isle City Council, follows a standard set by many municipalities across the United States for recreational weed.

It would allow Maine residents to receive licenses to cultivate marijuana for commercial recreational use, and to sell it in “pot shops” within the city.

In line with the referendum approved in 2016, no one under the age of 21 will be able to buy or consume marijuana in Presque Isle, other than those with valid medical marijuana cards.

While the law would permit the sale of recreational marijuana for the first time in Presque Isle’s 160-year history, the ordinance explicitly prohibits several forms of marijuana sale, cultivation and consumption.

The ordinance would not allow consumption of marijuana in recreational shops. Prohibition on open consumption has been the norm in most cities, with America’s first “cannabis cafe” opening in Los Angeles in October.

Drive-through marijuana shops are also prohibited, as are internet sales using a credit/debit card and marijuana vending machines in facilities.

Marijuana use in public — while on-foot or driving — will continue to be illegal, per state law.

Those who want to open a recreational marijuana shop in Presque Isle must first obtain a license from Presque Isle City Council, in addition to receiving a permit from the state of Maine to operate the business.

In line with state law, the home cultivation and sale of recreational marijuana is prohibited except for personal use.

Presque Isle Police will conduct background checks on all owners and employees of a marijuana business, including taking fingerprints.

Marijuana businesses also cannot be located within 1,000 feet of a K-12 school.

Since then, the Maine Legislature has created a legal framework under which recreational shops will open throughout the state.

While recreational and medical use of marijuana is illegal under federal law, federal authorities have chosen not to prosecute consumers in dozens of states in which it is now permitted by state authorities, either for medical or recreational use.

On Thursday, Rep. Harold “Trey” Stewart III, R-Presque Isle, announced he will run for a state Senate seat in the 2020 legislative election -- an important change for one of the most powerful representatives in the Maine House.
Pets END_OF_DOCUMENT_TOKEN_TO_BE_REPLACED