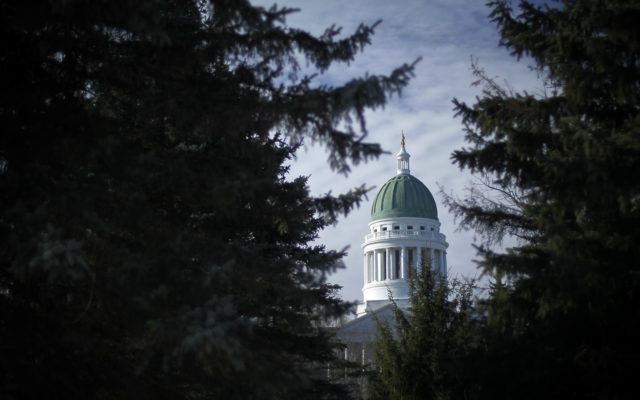 Residents of Mars Hill, Blaine and Bridgewater testify in Augusta for ambulance services

David Marino Jr. • February 13, 2020
LD 2050 would prevent the four aging and rural communities from being in a situation where residents were not guaranteed ambulance coverage.

LD 2050, sponsored by Sen. Mike Carpenter (D-Houlton) and brought before the Maine Legislature on Jan. 21, would prevent the four aging and rural communities from being in a situation where residents were not guaranteed ambulance coverage. It would create the Central Aroostook Ambulance Service, fully funded by the municipalities served.

Because of the emergency status of the issue, the act will become effective immediately after it is signed by Gov. Janet Mills, rather than the standard 90-day wait for enactment. Mars Hill and surrounding communities will lose ambulance coverage from Northern Light Medical Transport in about 65 days, beginning on April 20.

“[She] shares his desire to ensure that rural communities in northern Maine have access to critical emergency medical services,” Crete said.

The bill passed the Committee on Criminal Justice and Public Safety in the Maine Legislature on Wednesday. While there are several stages ahead, Maine Senate Majority Office Deputy Communications Director Lisa Haberzettl said Sen. Carpenter was aware of the expediency required for the issue.

Five residents of Mars Hill and surrounding communities spoke in person at the hearing before the Committee on Criminal Justice and Public Safety on Monday in Augusta, according to Haberzettl. Several others provided remote testimony.

All residents spoke in favor of the service’s creation and cited similar concerns: the loss of ambulance services for an aging population, the lack of coverage for farmers operating potentially dangerous machinery and the unavailability of other options for residents who want ambulance coverage.

“If service was discontinued, we would not feel safe to stay in our own home and may be forced to move to another community with service,” said 85-year-old Blaine resident Amy Kneeland. “Please consider the senior citizens that would be affected if this act does not pass.”

Many of the residents who testified had previously worked in emergency services within Aroostook County including Mars Hill resident Gerald Cousins, a retired firefighter who worked in Presque Isle.

“I have seen first hand that a matter of a few minutes at an emergency scene makes a difference whether a person lives or dies,” Cousins said.

Maine Ambulance Association Executive Director Jay Bradshaw provided testimony about the critical role that speedy ambulance services plays in communities. He said there was precedent for the creation of the Central Aroostook Ambulance Service, including the creation of the Washington County EMS Authority about 20 years ago.

Bradshaw’s testimony suggested two additions to LD 2050: the utilization of language that would allow communities across the state to create ambulance service districts without the approval of the Legislature with the state instead establishing a template for municipalities that want to create a district.

The second recommendation was to develop the infrastructure for the creation of an external assessment that would help communities as they deal with the costs and myriad issues associated with running an ambulance service, including the use of local resources for optimal care.

“We want to certainly support what the folks in Aroostook County are doing,” Bradshaw said. “But at the same time, we recognize that they are not the only ones.”

In April 2019, Bridgewater, Blaine and Mars Hill signed a contract with Northern Light Medical Transport stipulating that it would provide coverage to each of those communities until 2024. But on Aug. 21, Northern Light utilized an opt-out clause to inform the communities they would cease providing service after Dec. 31, 2019.

At the time, Northern Light A.R. Gould Hospital President Greg LaFrancois said there had not been a sufficient number of calls to maintain operations in the region. After negotiations, Northern Light agreed to cover Mars Hill and surrounding communities until April 19, 2020, after which they will all lose service.

Local leaders initially announced the proposal for the ambulance service at a public event on Dec. 18. The plan was approved by the local governments of Blaine, Bridgewater and Mars Hill by Jan. 6.

For all it does to refresh us, burn energy and keep us sharp, we all need playtime, dogs and cats included. Sharing playtime with pets has the added benefit of strengthening the bond between us, so we better understand one another.
Campaign Corner END_OF_DOCUMENT_TOKEN_TO_BE_REPLACED