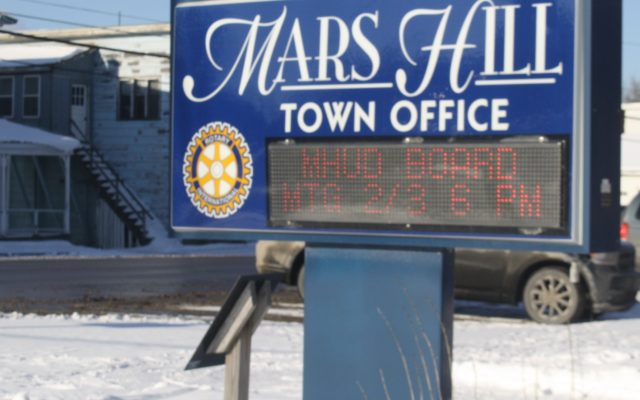 David Marino Jr. • January 9, 2020
Only two weeks after town officials proposed the creation of a semi-municipal ambulance service to the public, Mars Hill, Bridgewater and Blaine have all voted to opt into the new service.

MARS HILL, Maine —  Only two weeks after town officials proposed the creation of a semi-municipal ambulance service to the public, Mars Hill, Bridgewater and Blaine have all voted to opt into the new service.

Officials propose that the Central Aroostook Ambulance Service will begin serving the three communities, along with E Plantation, in April, when they will lose ambulance service currently provided by Northern Light Medical Transport.

In its first year, each of the towns will contribute $125,000 to the service, which will pay for staffing, the purchase of an ambulance and other related costs.

The Maine State Legislature must approve the creation of the service. Officials expect Sen. Mike Carpenter, D-Houlton, to introduce that legislation sometime this month.

The Mars Hill town charter requires a referendum election any time the council spends $75,000 or more in a capital purchase. While Mars Hill’s contribution to the ambulance service would only require $50,000 for capital purchases, councilors saw value in holding a public vote.

“The council believed that this is important, and the voters ought to have a say on this,” Cyr said.

But, the council reached another roadblock: the charter also requires a 60-day notification to voters before they hold an election. That would have placed the vote around mid-February, far too late for the Maine State Legislature to approve the ambulance service by the end of January.

At an emergency meeting on Dec. 20, the council voted to eschew a referendum and vote on the matter in the next scheduled council meeting in early January.

“In light of the time constraints we face, the council voted to waive the referendum requirement,” Cyr said. “We’re in on this.”

Cyr said that at the Jan. 2 town council meeting, the council approved the creation of the ambulance service and associated monetary commitments. He said it would not affect the town’s mill rate.

While he did not believe the vote would have been unanimous, he said it seemed unlikely that the referendum would have failed, as there appears to be little opposition to the initiative within Mars Hill.

Bradbury said that 60 people attended, and that the vote to create the service was unanimous. Blaine mill rate, essentially the amount of property taxes paid by residents per $1,000 of value, will be raised from $21.75 per $1,000 to $22.50.

Nearly concurrently with Blaine’s town hall, Bridgewater held a town hall of its own on Jan. 6. Bridgewater Town Manager Jill Rusby said the 45 residents who attended decisively voted to support the creation of the ambulance service that night.

She said Carpenter had sent officials of Bridgewater, Mars Hill and Blaine the draft of the resolution he plans to file with the Maine State Legislature before the end of the month.

“We have an aging population, we’re a rural community and we have a farm industry,” Rusby said. “The potential for emergencies is there, and we need to be protected.”

Town officials initially announced the proposal in an event in Mars Hill on Dec. 18.