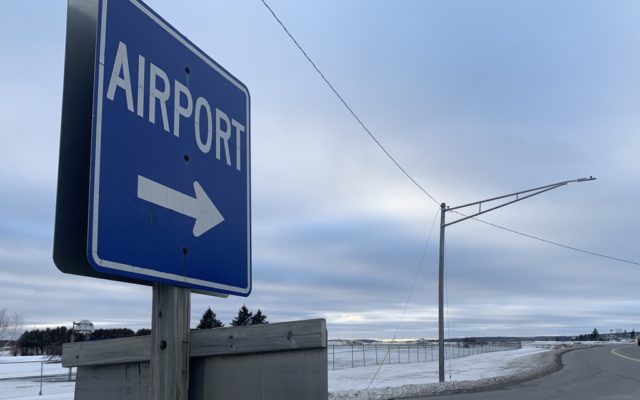 Contributed • March 6, 2020
As I am writing this article, the passenger parking lot at the Presque Isle International Airport is completely full.

As I am writing this article, the passenger parking lot at the Presque Isle International Airport is completely full. Many of these cars and trucks belong to travelers to warmer destinations such as Orlando, Tampa and Fort Lauderdale for March break. This is only the second time in my 16-plus years as airport manager that I have seen the parking lot full. Both times have occurred since United started service less than two years ago.

These travelers are taking advantage of the one-stop jet service through Newark between Presque Isle and many popular destinations in Florida. Also driving these high passenger numbers in Presque Isle are the great fares that many are getting. Now predicting what fares are going to be is like trying to predict the weather. Things are always changing. However, I have been getting reports of fares from PQI lower than fares at other airports downstate. Given the high number of Canadian license plates in our lot, I would also say prices are significantly lower from PQI than from alternative airports in Southern New Brunswick. In addition to saving on the fares, you can save significant amounts of money in other ways by going out of PQI. We have added a true cost calculator to our website flypresqueisle.com to help you calculate your total saving for flying out of Presque Isle.

While it may be a little late to get great fares for March, April break is just around the corner. If your travel plans are flexible, use the tool on United.com that brings up a calendar so you can see what you can get for great fares for the entire month of April. When I checked the day I am writing this, there were very good fares for departures on Monday, April 20, returning Monday, April 27. I also looked at the fares on Thursday, April 16, and Friday, April 17. In all cases, the fares out of PQI were less than downstate.

For those who are concerned about the reliability of the service, we have seen significant improvements in the cancellation rate and on-time performance year over year for United service out of PQI. For example, the cancellation rate for January 2019 was 18.9 percent. In January 2020 the rate was cut by 12.6 percentage points to 6.3 percent.

The schedule has also improved. You want to avoid the congestion of Newark that occurs after about 11:30 a.m. and the late-night arrival into PQI? Well, you are in luck, as the AM departure out of Newark for Presque Isle as of March 5 has been moved all the way back to 10:30 a.m. For those returning home from Orlando, Tampa and Miami, you can leave from those locations at around 6 a.m., connect in Newark at 10:30 and be in Presque Isle by noon. This puts you way ahead of the congestion in Newark. On the way down to Florida, the advice is the same. Catch the 6 a.m. departure out of PQI and you avoid the congestion of Newark, plus you are in sunny Orlando by 12:45 or Tampa by 1 in the afternoon.

I have also spoken to many who are concerned about how to make connections in Newark. If this is your excuse for not using PQI, we have a solution for that, too. On the airport website, we have complete instructions for navigating through Newark. We even added a video to lead you through the entire process. The link is flypresqueisle.com. In addition to the video, we have included a downloadable card on the website that you can take with you. For the more tech savvy, download the United APP on to your smart phone. You can use it to get directions from your arrival gate in Newark to your departure gate.

Scott Wardwell is airport director for the city of Presque Isle’s Northern Maine Regional Airport. He can be reached at 207-764-2550 or via email at scottw@flypresqueisle.com.

Many of you have been following Luke's story on our Facebook page. Luke came to the Ark last July with his sister Lydia at 8 weeks old. Both Luke and Lydia were in really bad shape with untreated upper respiratory infection.
Campaign Corner END_OF_DOCUMENT_TOKEN_TO_BE_REPLACED