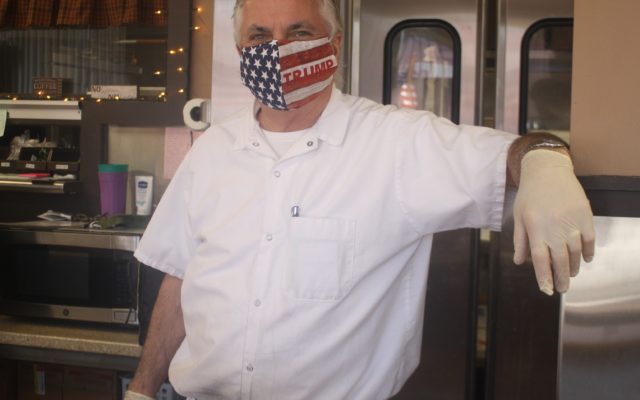 David Marino Jr. • May 19, 2020
But all that changed on Monday when restaurants across The County -- along with 11 other primarily rural counties in Maine -- were permitted to reopen some dine-in services as part of Gov. Janet Mills’ rural reopening plan.

PRESQUE ISLE, Maine — Presque Isle’s Main Street is one of the economic hubs of Aroostook County. Filled with national chains and family-owned restaurants alike, the strip often attracts patrons from across The County as well as nearby Canada.

But things have been far from the same since the COVID-19 pandemic made its imprint in mid-March. With dining rooms closed, cars no longer lined the road, forcing restaurants to switch to a takeout-only format that many found difficult.

But all that changed on Monday when restaurants across The County — along with 11 other primarily rural counties in Maine — were permitted to reopen some dine-in services as part of Gov. Janet Mills’ rural reopening plan.

Though some will opt to wait, most restaurants in the Presque Isle area should be open for dine-in services on or near Monday, Central Aroostook Chamber of Commerce Executive Director LaNiece Sirois said. However, some may take more time than others as they prepare to get their businesses in line with new regulations. 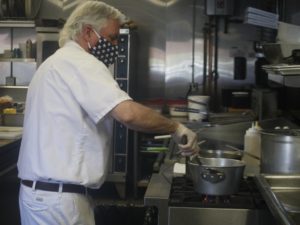 There are many requirements for these businesses to open. Employees must wear masks, ensure the restaurant is constantly sanitized, maintain good hand hygiene and maintain physical distance between all customers.

“The checklist is pretty long, and there is a lot they need to consider,” Sirois said. “I’m just glad that they have the opportunity to get back to business.”

The bigger question is whether people will be interested in dining out during a pandemic. Though Aroostook County has fewer confirmed COVID-19 cases than some other areas in Maine, according to the Maine Centers for Disease Control and Prevention, the virus continues to kill thousands across the country every week.

Sirois said that it would likely depend on how seriously one takes the virus. Most of those who fear potential outbreaks in The County will continue to get their food via curbside pickup, she said.

“There are some people who can’t wait to get back to restaurants,” Sirois said. “There are other people going ‘I’m not doing it.’”

It’s likely the new procedures will hinder sales, but that employers would also have fewer staff members because of reduced dining capacity, she said.

Riverside Inn Restaurant on Presque Isle’s Main Street opened to customers early Monday morning for breakfast. Many said they were happy to be able to have the opportunity to eat inside a restaurant again.

“All our regulars couldn’t wait to line out the door,” owner Danny Collins said. “People miss talking to each other. Miss the one-on-one.”

The restaurant currently features 22 seats instead of 45, a social distancing requirement that Collins said he is begrudgingly taking on.

He disagrees with the regulations from Gov. Janet Mills and looks forward to the day when he’ll be able to have his business allowed to operate at full capacity with the more extensive staff he has become accustomed to during his 35 years running his business.

“I want to get all my crew back and get back to normal as soon as possible,” Collins said.

Presque Isle’s popular fast food and fast-casual locations did not appear to be following suit. McDonald’s, Pizza Hut, KFC/Taco Bell, Subway and Arby’s all said that they did not have any firm plans on reopening for the time being.

Other restaurants in Presque Isle were taking the reopening slower.

Mainely Mexican and Oriental Pearl said they would begin limited seating starting Tuesday, while Time Out Sports Bar said it would open to the public beginning Wednesday.

For all it does to refresh us, burn energy and keep us sharp, we all need playtime, dogs and cats included. Sharing playtime with pets has the added benefit of strengthening the bond between us, so we better understand one another.
Campaign Corner END_OF_DOCUMENT_TOKEN_TO_BE_REPLACED