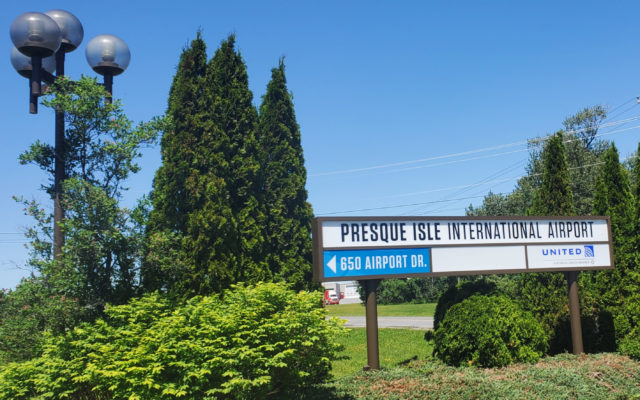 Flights from Presque Isle International will permanently connect with Dulles

David Marino Jr. • June 26, 2020
The Department of Transportation has announced that flights from Presque Isle will go to Washington Dulles International Airport until the end of United Airlines’ essential air services contract in May 2022.

PRESQUE ISLE, Maine — The Department of Transportation has announced that flights from Presque Isle will go to Washington Dulles International Airport until the end of United Airlines’ essential air services contract in May 2022.

Flights to Dulles will replace all scheduled flights to Newark Liberty International Airport in United’s new contract. The DOT released the document announcing its approval for United’s request on Thursday, June 25, only days before United’s new 23-month contract begins on July 1.

Flight delays at Newark International were among the reasons several County residents lobbied for the DOT to reject United’s bid for a new contract. Service to Boston remains the desire for many in the area, though residents have reacted more positively to flights to the Washington, D.C., metro area than to Newark.

While Presque Isle’s destination will be officially changed to Dulles, United retains the right to switch back to Newark at any time, the DOT said. Presque Isle flights began going to and from Dulles on April 9, five days after United Airlines requested that the DOT allow the move because of the COVID-19 pandemic’s effect on the New York metropolitan area.

Presque Isle Airport had said last week that flights would be going to Dulles “indefinitely” after the city announced Dulles as the “new destination” for Presque Isle Airport. At that time, the airport was unable to confirm that the change would go until the end of United’s contract on May 31, 2022.

United Senior Manager of Regulatory Affairs John Kloosterman had sent an email to the DOT on June 11 requesting permission to change from Newark to Dulles. He said the desire for a long-term shift was partially because of service reductions at Newark International due to COVID-19’s impact on the New York metro area.

The DOT made the approval after receiving positive feedback on the change from Wardwell, who told the DOT that the shift to Dulles had brought “significant” positive community feedback.

Next year's Caribou City Council will include a new member and a longtime councilor thanks to Tuesday's election.
Pets END_OF_DOCUMENT_TOKEN_TO_BE_REPLACED

Everyone who enjoys the company of a dog knows that sometimes dogs have strange behaviors.  They may arrive in your life with the behaviors already in place, or perhaps they are adopted as a puppy and develop a behavior young.
What's Happening This Week END_OF_DOCUMENT_TOKEN_TO_BE_REPLACED