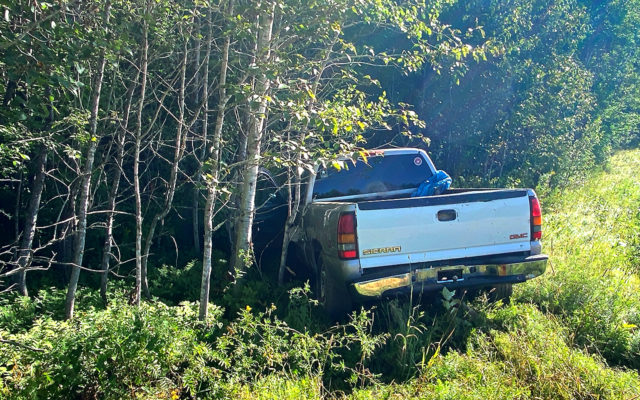 Police said the truck didn’t have license plates and had a snowplow on it that was dragging on the hot top.

Clark attempted to stop the vehicle, but the operator refused to stop for the officer, speeding away at around 80 miles per hour. The driver, a 15-year-old male from Mars Hill, continued to drive erratically before veering off the right side of the roadway as he entered Easton, going airborne into a field before crashing the truck into some trees.

Maine State Police arrested two juvenile males who were in the vehicle. No one was injured in the crash, which is under investigation.

A court date related to the case is scheduled for Maine District Court in Presque Isle on Oct. 1. Police have not released the names or pictures of either of the suspects, as is customary with juveniles.