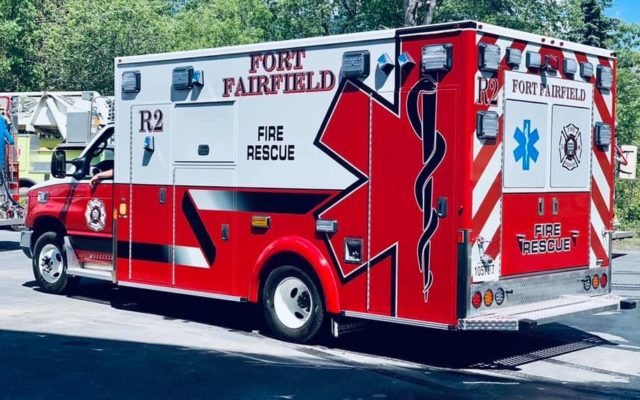 The 24/7 service has been about a year in the making, said Town Manager Andrea Powers, and will feature two ambulances and a total of 23 employees — six of whom will be full time.

The move comes amid a region-wide shift in ambulance services, most notably the announcement by Northern Light Medical Transport in August 2019 that it would discontinue ambulance services in Aroostook County. That decision left several communities, without ambulance coverage. Several municipalities, including Fort Fairfield, Wade and Washburn, had left the service shortly before the announcement.

Fort Fairfield councilors unanimously voted to establish a full-time EMS service in October, citing the dire need for service in town. The Presque Isle Fire Department had provided ambulance service to the town since it declined to renew its contract with Northern Light A.R. Gould Hospital in April 2019.

The newly established service will not result in a tax increase for Fort Fairfield residents. The town voted to accept a loan from Katahdin Trust Company at a meeting in December, paying the bank over 15 years.

Fort Fairfield Public Safety Director Shawn Newell said the Fort Fairfield Town Council had opted to create its own ambulance service after widespread support from residents. He said Presque Isle Fire and Ambulance had done an “exceptional” job during their 15 months providing coverage.

Asked if Fort Fairfield Ambulance planned to provide services to nearby towns, Newell said it would be focusing on helping Fort Fairfield residents except for mutual aid requests from neighboring communities.

Members of the Houlton Band of Maliseets will head to the ballot box in order to determine who will be elected as their new tribal chief.
Pets END_OF_DOCUMENT_TOKEN_TO_BE_REPLACED