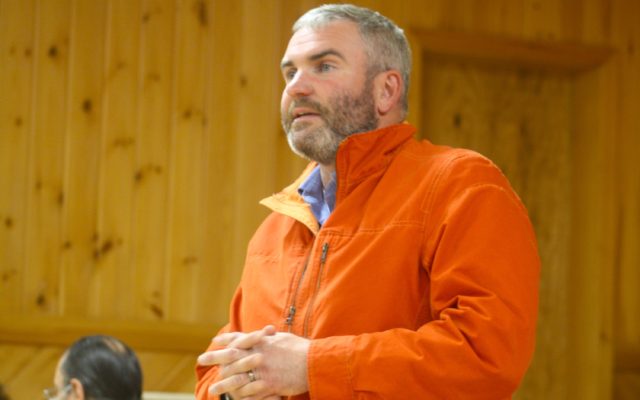 MAPLETON, Maine — A marijuana ordinance was unanimously approved by the Mapleton Planning Board Wednesday, setting the stage for a town vote to allow medical and recreational marijuana stores.

The vote came after an hour-long public hearing involving two dozen Mapleton residents. While many had questions about the ordinance, the mood was generally supportive, with proponents highlighting the new tax revenue that would come from cannabis businesses.

The Mapleton marijuana ordinance would permit medical and recreational cannabis stores as well as marijuana testing facilities, cultivation and manufacturing sites within town limits if they followed several security and zoning regulations. The law will now go to the Mapleton Selectboard, who will hold another public hearing on the subject. It then needs to receive approval from the town’s residents in a town meeting before becoming law.

Mapleton resident Joshua Clayton had brought a proposal for a recreational marijuana shop to the town’s attention months before. Reading a statement, Clayton said that while the ordinance was a “great start,” he wanted the distance required from schools to be shortened from 1,500 feet to 500 feet — the state minimum distance — so that he could locate his store in an optimal section of Mapleton’s downtown.

At times, Clayton was aggressive in voicing his goal of opening a recreational marijuana store in town. Speaking afterward, he said that given there was a store selling liquor in Mapleton that didn’t have such harsh setback prohibitions — the Mapleton One Stop — he should be allowed to open a recreational shop within the town’s business district.

“This is your opportunity to join me, or be against me,” Clayton told the audience after reading his statement. He told residents that if the town did not allow him to sell in a recreational marijuana store, he would instead open as a caregiver, depriving the town of potential tax revenue. 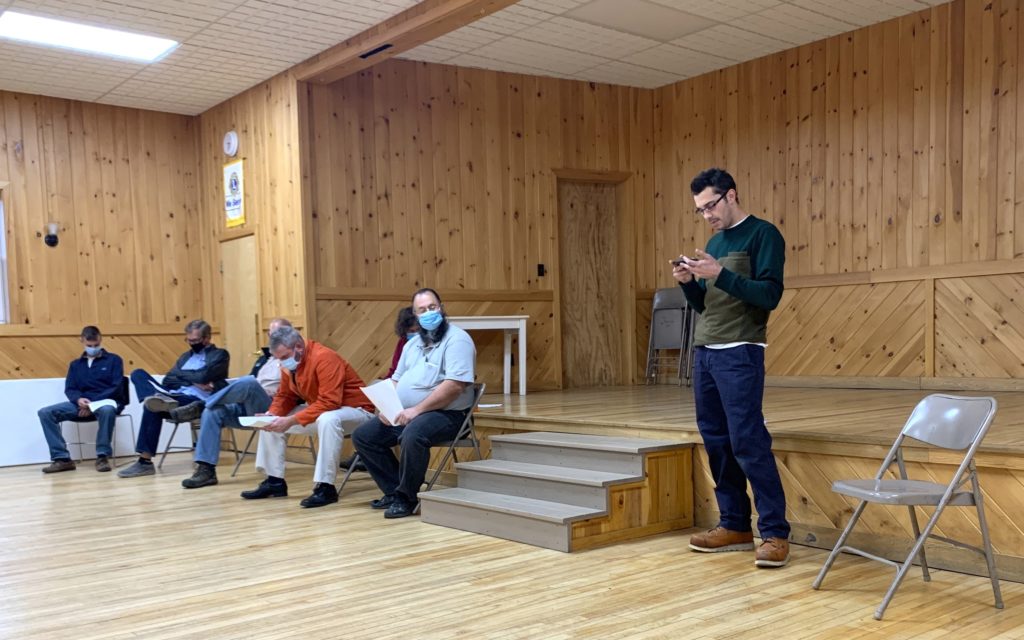 Joshua Clayton, right, reads a statement at a Mapleton Planning Board meeting on marijuana. (David Marino Jr. | The Star-Herald)

The town can do little to prevent a licensed medical marijuana caregiver from selling marijuana in town, though such an operation would be different from a store — it would be unmarked and would not have regular business hours. Medical caregivers are licensed by the state rather than municipalities.

Some residents expressed concern about potential access children would have to marijuana if there was a recreational marijuana store in Mapleton’s downtown. Clayton emphasized that children would not be allowed in his store unless they had a medical marijuana card.

Sylvia McHatten said she was most worried about the shop being centrally located in town, bringing foot traffic to a location frequented by unaccompanied children.

“I just worry about the hangers-around,” McHatten said. “The area is what concerns me more than the marijuana.”

Several other residents praised the proposal, emphasizing the tax revenue that would come with new businesses in Mapleton. Many said they believed marijuana to be a far less harmful drug than alcohol.

Most of the meeting was spent with Clayton and planning board member Wes Lavigne — who moderated the meeting — answering questions from the public. Inquiries included what type of marijuana products Clayton would sell, if it was illegal to smoke in public and what the security would be at such a business.

About 25 residents attended the meeting. There was such strong interest in the vote from locals, that residents of Castle Hill and Chapman — which shares many governmental services with Mapleton — were asked not to come as officials wanted to avoid violating limits on gatherings in Gov. Janet Mills’ civil state of emergency.

Recently we took in a cat named Joe. He is a very sweet cat with a multitude of problems. He was rescued from the streets here in town, but Joe turned out to be a very sick kitty and was surrendered to The Ark because the resources were not there to help him.
What's Happening This Week END_OF_DOCUMENT_TOKEN_TO_BE_REPLACED