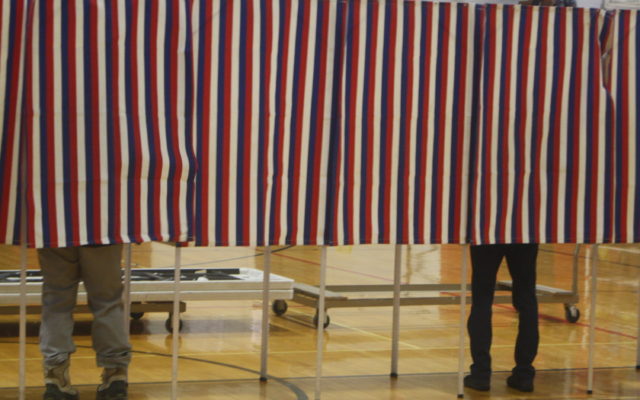 David Marino Jr. • October 20, 2020
The COVID-19 pandemic and several high-profile federal and state races are driving a surge in absentee ballots across central Aroostook for the 2020 elections, local clerks said.

PRESQUE ISLE, Maine — The COVID-19 pandemic and several high-profile federal and state races are driving a surge in absentee ballots across central Aroostook for the 2020 elections, local clerks said.

Similar trends have been observed across the country as fear about the pandemic continues. Yet, the numbers show that increased interest in absentee voting is not limited to regions that have seen the worst of the COVID-19 pandemic.

In a state with the second-lowest coronavirus rates in the country, the Presque Isle area ranks near the bottom in total infections statewide. There have been 56 cases in Aroostook County as of Tuesday, including infections in Presque Isle, Mapleton, Bridgewater, Fort Fairfield and Washburn.

Absentee ballots allow voters to cast their votes in an election before election day itself, to cut down on exposure. While ballots can be mailed-in or dropped off at city and town offices, most are allowing voters to fill out ballots inside the office itself.

For the about 17,000 people registered to vote in the greater Presque Isle area, absentee voting provides many advantages. Many fear being exposed to COVID-19 while voting in-person, a worry especially exasperated in communities among the oldest in Maine.

Others worry about the weather: in The County, snow is not unheard of in early November. Why drive through a snowstorm when you can vote within the confines of your own home or at your local town office?

While most who cast absentee ballots live within their community, they also allow Mainers to give their say on local races from practically anywhere in the world. Presque Isle Clerk Tom King said he had mailed ballots to Presque Isle residents attending college out-of-state, as well as those who would be out of the country on election day.

Fort Fairfield contains the second most registered voters in the area: 2,349. A total of 564 of those individuals have requested absentee ballots as of Tuesday, up from 305 in 2016.

In Washburn, which has 954 registered voters, 200 had requested absentee ballots. Town Clerk Beverly Turner said that number far eclipsed previous years, including a total of 130 in 2016.

By 11 a.m. on Tuesday, five people had already come into the Washburn town office for early voting.  Turner expected several more by the end of the day.

“I’ve been here 20 years, and this is the biggest I’ve seen yet,” Turner said.

While Maine allows same-day registration for voting, the last day absentee ballots can be requested over the phone and online is Oct. 29, though filling out an absentee ballot in-person will be allowed during office hours on Oct. 30.

A town clerk must receive all absentee ballots by 8 p.m. on Election Day (Nov. 3). They can also be dropped off at the town office.

Central Aroostook is often viewed as a historically Republican-area, though only 35 percent of voters there are registered with the party — 34 percent are registered as independents (unenrolled) and 27 percent as Democrats. Republicans outnumber Democrats in every municipality except Ashland, Fort Fairfield, Nashville Plantation and Portage Lake.

Members of the Houlton Band of Maliseets will head to the ballot box in order to determine who will be elected as their new tribal chief.
Pets END_OF_DOCUMENT_TOKEN_TO_BE_REPLACED