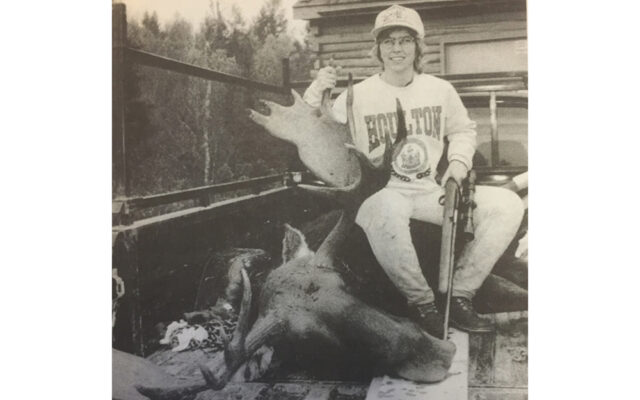 Contributed • October 20, 2021
100 Years Ago - Oct. 20, 1921 Repairs underway at bookstore -- John Woodard has purchased the stock of the Wood and Pond Book Store. He plans to make extensive repairs on the interior following which he will lay in a fine new stock of goods.

Repairs underway at bookstore — John Woodard has purchased the stock of the Wood and Pond Book Store. He plans to make extensive repairs on the interior following which he will lay in a fine new stock of goods.

Some potato picker — Mr. W.E. DeWitt, a prominent farmer in Ludlow, reports that he finished digging Friday and yielded about 1850 lbs of tubers. He also reports of a champion picker, Steve Osner from Benedicta who averages 100 barrels a day but on Friday broke his own record of 152 barrels in one day.

Halloween party — Houlton’s young people of all ages are to be guests at a big Halloween celebration on Oct. 31. It is sponsored by the Houlton Lions Club.

Hospital wing groundbreaking — Ground has been broken for the new wing of the Madigan Memorial Hospital, which will cost $190,000 to erect.

Rec officials named to state committee — Two members of the Houlton Parks and Recreation Department have been named to committees of the Maine Recreation and Parks Association. Wayne Hartford and Madelyn Crawford have joined the committees.

Enlisted from the fields — Local farmers were hired to employ their equipment including tractors to move aircraft bound for wartorn Europe. Eighty-three surplus planes and dive bombers were moved between Houlton and Woodstock N.B. in this manner.

Hall Inductee — Conrad Walton, a native of Island Falls, will be inducted into the Maine Running Hall of Fame on Oct. 25. Walton, who lives in Caribou, was one of the pioneers in the development of organized road racing in Maine and is one of the top masters of running in Maine, and in New England 1978-1994.

For the first time since 2019, there is competition for open seats on the Houlton Town Council
Pets END_OF_DOCUMENT_TOKEN_TO_BE_REPLACED