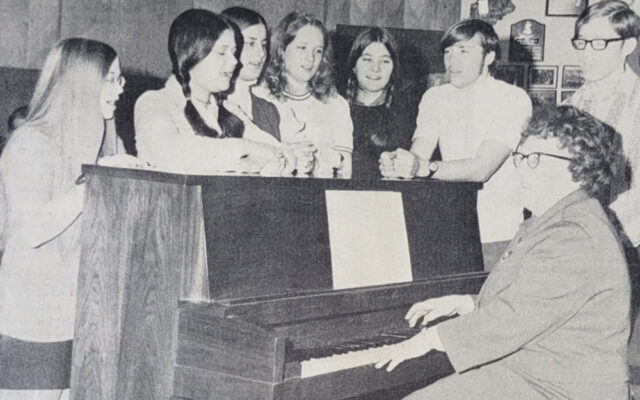 Contributed • April 7, 2022
75 Years Ago -  April 3, 1947 Going to Guam — Lieutenant Commander Helen Boyle, daughter of Mrs. Ann Boyle of Presque Isle, had been assigned to overseas duty in the Pacific to take up her assignment in Guam following a 30-day leave.

Going to Guam — Lieutenant Commander Helen Boyle, daughter of Mrs. Ann Boyle of Presque Isle, had been assigned to overseas duty in the Pacific to take up her assignment in Guam following a 30-day leave.

She had been stationed in Seattle, Washington, for the previous 18 months. Mrs. Boyle left via the Canadian Pacific Railway to visit her daughters, Lieut. Com. Boyle and Mrs. Frank Spoor and family in Seattle.

Committee head — Harry E. Umphrey, president of the Aroostook Potato Growers Inc., had been named chairman of the United States Potato Advisory Committee, which held its first meeting the previous week in Washington. The committee recommended that the industry use facilities provided by the Research and Marketing Act to increase research toward improved marketing methods and development of new outlets for fresh and processed potatoes.

Approaching the 54,000 mark — Maine had nearly reached the 54,000 figure for snowmobile registrations, according to Lorenzo J. Gaudreau, director of the Maine Fish and Game Department’s snowmobile office. Gaudreau said to date approximately 53,800 machines had been processed through his office. He said that applications were handled ona  here-today-gone-tomorrow basis if the application was in proper form. During peak periods, temporary permits were issued over the counter, thus allowing the staff to process mail applications.

Super musicians — The Presque Isle High School Combo placed first in the state during the Maine State Jazz Festival in Standish. In addition to the group’s recognition, three individuals were saluted for their efforts. They included Maria Tungol, Tyler Wood and Kyle Green.

Ski package winner — Shannon Marquis was the winner of a ski package at Quoggy Jo Ski Club. Her name was drawn during the club’s February scavenger hunt. The package, which included skis, boots and poles, was donated by Coca-Cola Bottling Company of Presque Isle and The Ski Shop of Van Buren.

A familiar face to Aroostook County residents has announced her candidacy for the Maine State Senate.
Pets END_OF_DOCUMENT_TOKEN_TO_BE_REPLACED

One addition to last week’s “Kindness abounds” story on the generosity of local area youth: Just last week, 11-year-old Michaela stopped by the shelter armed with bags of dog and cat food and special treats.
What's Happening This Week END_OF_DOCUMENT_TOKEN_TO_BE_REPLACED