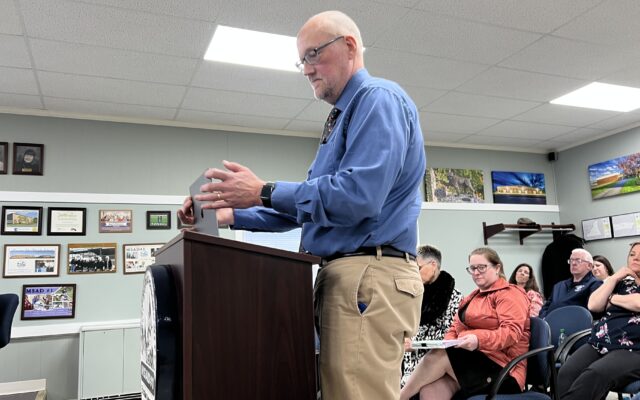 David DiMinno • April 15, 2022
There are multiple ways to go about reapportionment, but before SAD 1 begins, it is going to need an accurate population count.

PRESQUE ISLE, Maine — There are multiple ways to go about reapportionment, but before SAD 1 begins, it is going to need an accurate population count.

Superintendent Ben Greenlaw discussed the results of the 2020 census, and what that means for district re-apportionment during the SAD 1 school board’s meeting held April 13.

There were discussions of reapportionment in 2019, but Greenlaw thought the 2020 census would give them a better idea of the actual population. However, when the COVID-19 pandemic hit, the topic of reapportionment was put aside so that the district could focus its efforts on keeping the school as safe and healthy as possible.

There are three ways to go about reapportioning a school district. The first way is for the district’s board of directors to send a request to the state education commissioner. The second is that district voters can sign a petition requesting reapportionment. That would need 10 percent of the people who voted in the last gubernatorial election to approve it. The third is if the education commissioner decides the district is not apportioned correctly and begins the process.

If the commissioner determines that the district needs to be reapportioned, a committee will be created consisting of one school board member, one municipal officer and one citizen at large from each municipality, creating a committee of 15 people.

The committee is responsible for adopting a plan that creates equal representation in each district. This plan also must specify the total number of directors for SAD 1 and address how many will represent each municipality. The committee then votes, and if the plan gets majority approval, it is sent along to the commissioner. It goes into effect immediately when the commissioner approves it.

After presenting the data to the school board, Greenlaw said that the next steps are to get an up-to-date total population count, and compare those numbers to the 2020 census and present the results to the school board. After that, the board will decide on how to proceed with the process.

Presque Isle High School Principal David Bartlett gave the board a short presentation on updates from the high school, which was able to hold its winter carnival in person this year. The school is also participating in the bluShift aerospace project that allows students to help calculate how to send small data rockets into space. Students will have the chance to view the streamed launch later in the summer.

The school will have two new cords that can be worn at graduation. The first is an honor award cord, which a student can receive if they have been to the academic awards banquet for three years. The second cord is the Tri-M music honor society cord, which students can receive from being members.

Bartlett gave some important dates for the high school as well. May 3-5 and 16-17 will be the Maine Educational Assessment testing for grade 11. May 18 is the academic awards banquet and May 21 is prom. June 9 is Class Day, June 10 is the senior tour of the district and June 11 is graduation at the Johnson Athletic Complex. In the event of inclement weather, the ceremony will be moved to inside the PIHS gymnasium the same day.

The district recently had the water tested for lead, with only a few sinks throughout the district testing above the recommended levels. Those sinks have since been shut off, and there is plenty of safe drinking water in the district for students.

Next year's Caribou City Council will include a new member and a longtime councilor thanks to Tuesday's election.
Pets END_OF_DOCUMENT_TOKEN_TO_BE_REPLACED

Happy fall to you all.  It has been a super beautiful one so far. The harvest has gone well and the temperatures have remained warm, so enjoy these rare days because before long we will be into the winter months, and we all know what that means.
What's Happening This Week END_OF_DOCUMENT_TOKEN_TO_BE_REPLACED